The Speech-Language Program is responsible for evaluating and serving students in the areas of articulation, language, fluency, and voice. 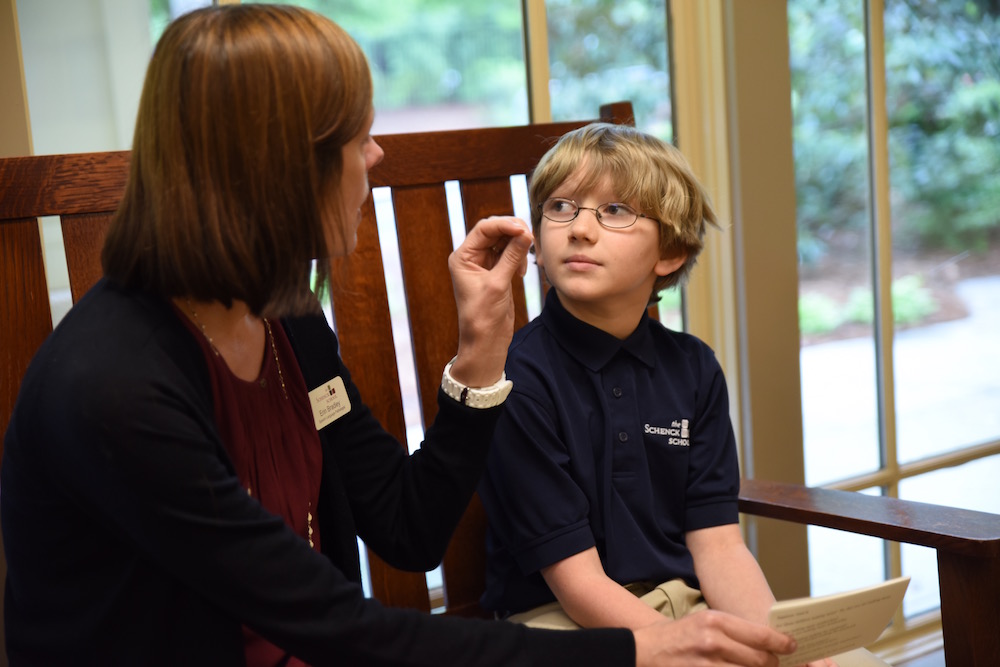 Articulation refers to the actual physical production of sounds in speech. Speech development is a gradual process. It begins in infancy and continues through a child’s seventh or eighth year. Children develop speech abilities at different rates and ages.

Language includes receptive, expressive, and pragmatic skills. Receptive language is the ability to understand information and involves understanding the words, sentences, and meaning of what others say or what is read. Expressive language is the ability to use vocabulary, grammar, and syntax to express oneself. Pragmatic language refers to the social language skills we use in our daily interactions with others.

Most children acquire the majority of language skills by age five. In order to accomplish so much in such a short amount of time, the process begins long before children actually say their first words. Children must learn words and their meanings, combine words to make understandable sentences, and use words and sentences to effectively communicate with other people.

Fluency refers to how smoothly sounds, words, phrases, and sentences flow together while speaking. Children who exhibit consistent disfluencies are often known to "stutter." Rate of speech can impact fluency.

Voice includes the quality of the sound produced by one's larynx. A child's voice should be appropriate for his or her sex and age.

Review the list below if you have concerns that your child may exhibit a speech and/or language problem:

●Difficulty saying particular sounds or words due to sound omissions/substitutions/distortions, such as saying “wabbit” for “rabbit”

●Poor word order within a sentence

●Problems understanding concepts (i.e. below, above, first, second, between, front, back, whole, half, etc.)

●Loss of voice when speaking

If you feel your child has difficulty with any of the above areas, please consult with his or her classroom teachers. A child’s communication difficulties must have a negative impact on classroom performance in order for a referral to be made by the teachers.

If appropriate, an evaluation is completed, and a meeting is held with the speech-language pathologist, the parents, and the teachers to determine the most appropriate plan of action. Services are provided either in the child’s classroom or in the speech-language pathologist’s office, depending on the situation. A child’s therapy goals are intended to support what takes place in the classroom.